Road to Recovery: A Competitor’s Triumph Over Binge-Eating Disorder

I had always struggled with my weight, body image, and disordered eating since early childhood. I danced since the age of five, played soccer when I was in high school, and was a certified aerobics instructor by the time I was a senior. During my freshman year of college, I found my way to the weight room and never looked back. Unfortunately, throughout my life, food had always been my source of comfort and solace. Despite being active, I never saw the fruits of my labor due to my unhealthy relationship with food. I found myself exercising to compensate for overeating and the excessive calories that accompanied this habit. After high school, the problem progressed significantly with the stress of my course load and college life in general. I would go to convenience stores and buy a large bag of chips, a pint of ice cream, and whatever else I thought I “needed”. While it all tasted good and comforted me in the moment, I would feel ashamed and guilty after each binge. I would tell myself I was going to start over in the morning and was never going to do it again! But days later, I would find myself on my way to the convenience store again after a long, difficult day. I hated shopping for clothes because nothing fit except for the size 13-14. I would make excuses as to why I couldn’t go out with friends or cancel plans because I felt so bad about myself. I was so miserable that I didn’t want to spew my venom on anyone else, so I stayed home alone. Of course, this led me to food again to soothe my pain. But it wasn’t until after my first job post-graduate school that I hit rock bottom. I finally gathered enough courage to leave the abusive and emotionally draining situation that had taken me to my lowest point ever. I was depressed and, because I had grown so accustomed to these situations, ate to comfort myself. After I finally got back on my feet, I was the heaviest I think I’d ever been. The last time I stepped on the scale it read 164lbs. It was then that I decided enough was enough. I needed to get my life back and the start of this healing process was losing all the weight I had gained from binge eating. I started by cutting out all junk food, reducing my portion sizes, getting adequate sleep, and doing more functional-based workouts to support to my efforts. And so my weight loss journey began…

It wasn’t until I started competing in 2010 that I fully understood what it meant to “eat clean”. My nutritional plan consisted of five to six meals including weighted or portioned sizes of lean protein at each meal paired with a healthy starch, fruits, green vegetables, and healthy fats. I lost weight while maintaining the muscle I had developed and believed I was in the best shape of my life. But shortly following my first show, I found myself struggling with food once again. I would never keep any of my “trigger” foods in the house, but I would go out each night and buy a pint of ice cream, a jar of peanut butter, chocolate, and whatever else looked good. I would go home and eat it all. And sometimes I found that it all wasn’t even enough. Again, I would feel extreme hate towards myself and guilt for my behavior. The next day I would work out extra long and hard trying to compensate for the additional calories. Then I would tell myself that I “needed” to do another show. If I had a goal, I would stay on track and wouldn’t binge anymore. But the cycle would just start again as soon as the lights went down and my show was over. I needed to stop the madness. I sought help and I was diagnosed with binge-eating disorder. I knew I had a problem with food my entire life, but never knew I was suffering from an actual eating disorder. After attending Cognitive Behavioral Therapy for over a year and a half, what I really found was that it wasn’t about the food at all; binge-eating disorder is perpetuated by extreme restrictive dieting, but I was looking for another emotional need to be met by food. It took becoming healthy in mind and body to overcome the disorder.

In addition to therapy, my life changed significantly in March of 2012 when I worked with a nutritionist. She told me I wasn’t eating enough and I was setting myself up to fail with my current plan. She worked with me to find balance. I have never been leaner, felt better, or eaten so many CARBS! I’ve also never found it so easy to maintain a finally healthy, fit body 43lbs lighter. I still have cravings for sweets, which I satisfy once a week. But I AM in control and one reward meal doesn’t turn into another and another and another, finding myself in a food coma threedays later. My lifestyle has undergone an amazing transformation and it took much work, sweat, blood, and tears! I still have my moments with the disorder though far and few between. My point is this: life is never going to be perfect, and the things that my past self would view as weaknesses have now become my strengths because if I didn’t experience those things I would not be who I am today.

If you feel like you might be struggling with the same disorder, I highly recommend seeking professional help for the appropriate diagnosis. There’s a saying that goes something like this: “People change when they reach a point of being so sick and tired of being sick and tired”. I reached a point in my life when I realized that I had had enough, that I did want to change, and that I was going to need to seek professional help in order to make positive, lasting changes. That’s a big piece of it. You have to WANT to change! I sought out a cognitive behavioral therapist who specialized in binge-eating disorder. This form of therapy, in addition to interpersonal psychotherapy and dialectical behavior therapy, are recognized as successful modes of treating this disorder. I also suggest contacting a nutritionist who has experience working with clients who have binge-eating disorder and encourages relapse prevention. Another immediate resource to learn more about the disorder is the book Overcoming Binge Eating by Christopher G. Fairburn. Ironically enough, I randomly saw this book on a shelf in Barnes & Noble years before I had been diagnosed. I purchased the book but never read through it at that time.   Then when I began treatment, my therapist suggested that I read that book. Fate? Call it what you will. Whatever you may be going through, always know that there are people, resources, and “signs” all around you that are there to help you. I was always destined to get better; looking back I just didn’t realize it at that time! 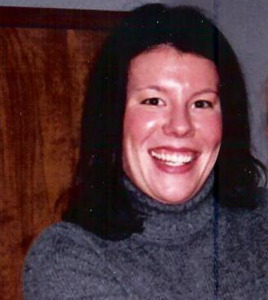 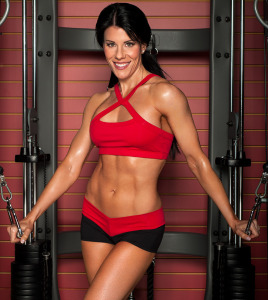 While the road hasn’t always been easy, I’ve learned that this disorder does not define who I am. It’s molded me into the individual that I am today and has showed me how STRONG I really am. My hope is that by sharing my story I am able to help even just one person who is struggling in silence. I want you to know that there is hope, that there is help out there, and that you CAN get better.

Editor-In-Chief Lisa-Marie Assenza is a Kinesiology student, former competitive gymnast, and fitness enthusiast. An avid reader and writer, Lisa-Marie's high language proficiency coupled with her passion for health and wellness provide her with a unique and impressive skill set that has made her a cornerstone to the Training & Fitness team.

We love submissions! Please send your articles and pictures here.